Share a memory
Obituary & Services
Tribute Wall
Read more about the life story of Robert L. and share your memory.

Dr. Robert L. Keighton (91) of Randolph, MA, a former professor of politics and history at Curry College and also Stonehill College, died on Sunday January 15, 2023 at Good Samaritan Medical Center in Brockton after a valiant battle with several health challenges.

Born in 1931 in Princeton, NJ to Walter B. Keighton Jr. (professor emeritus of chemistry at Swarthmore College) and Eleanor Paxson Keighton (medical illustrator and artist), the family soon moved to the Philadelphia area, and ultimately to Swarthmore when Bob was very young.

Bob was a 1949 graduate of Swarthmore High School, and went on to graduate with a B.A. degree in history from Swarthmore College in 1953. He received his M.A. and PhD in Political Science from the University of Pennsylvania in 1961.

Dr. Keighton began his teaching career at Tarleton State College in Texas before moving to Massachusetts in 1963 to teach at Babson College.  From 1966 onwards, he passionately taught politics and history at Curry College in Milton for 55 years, and taught American Government part time at Stonehill College in Easton from 1974-1985. Throughout his career, "Doc" had a profound impact on many of his thousands of students as well as many faculty. At Curry College, the Keighton Fund was established in his honor and provides lectures and performances by individuals in the fields of academics, arts, sciences, and public service.

In addition to his passion for teaching, Bob was an accomplished author, painter, musician, singer, composer, and poet. He was an avid listener of opera, played both the violin and piano, and composed over a hundred songs. Bob found perhaps his greatest joy, however, in the many hours he spent in his art studio. He painted many impressionist landscapes with vivid oil colors, drawing inspiration from favorite locations such as the Brandywine Valley of PA and the Medfield Marshes of MA. Bob authored a number of books, including several memoirs and two books co-authored with Harvey Robbins. He has published three books of his original art.

Bob had a lifelong passion for historic preservation, perhaps best exemplified through his instrumental efforts to preserve the historic Prowse Farm over decades and through the present. Bob, along with good friend and advocate Harvey Robbins, co-authored a book on the 18 year battle to preserve Prowse Farm: If You Elect Me  President. These efforts led to the development of a museum and charitable fundraising efforts.

Bob was a loving uncle to his nieces and nephews and in many ways a second father to nephew George Keighton, and as well as to many of his college students over multiple decades. His warmth, charm, and quick-witted humor were infectious, and his family remembers many hilarious limericks that he and his brother Leslie wrote and shared with Christmas gifts they presented. All who knew Bob will miss the laughter and countless stories he shared of his colorful life.

All are welcome to attend a casual service celebrating his life at 10:00am on Saturday, February 11 at Alumni Hall on the campus of Stonehill College in Easton, MA (GPS address: 124 Belmont St.) The service will also be made available for remote viewing. For planning purposes, RSVPs are requested, but not required. Please contact George Keighton at: gvkeighton@gmail.com.

In lieu of flowers, contributions can be made to Friends of Prowse Farm (5 Blue Hill River Rd, Canton, MA 02021).

To send flowers to the family or plant a tree in memory of Robert L. Keighton, please visit our floral store. 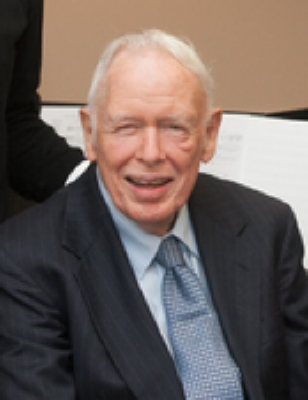 In Loving Memory Of

Look inside to read what others
have shared
Family and friends are coming together online to create a special keepsake. Every memory left on the online obituary will be automatically included in the book.

In Loving Memory Of

Look inside to read what others have shared

Family and friends are coming together online to create a special keepsake. Every memory left on the online obituary will be automatically included in the book.

You can still show your support by sending flowers directly to the family, or by planting a memorial tree in the memory of Robert L. Keighton
SHARE OBITUARY
© 2023 Waitt Funeral Home. All Rights Reserved. Funeral Home website by CFS & TA | Terms of Use | Privacy Policy | Accessibility